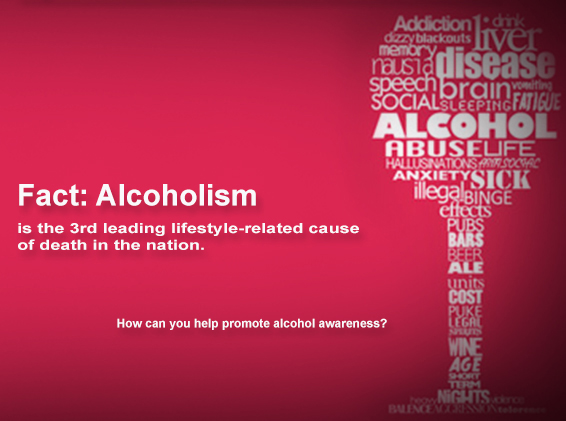 April: In an interesting and significant coincidence, April is celebrated in the U.S. and several other countries as an awareness month for the following social and sexual health topics: use and mis-use of alcohol,  sexual assault awareness, and sexually transmitted diseases. These three more “social” topics and the places where they intersect are the themes of this blog. At the crux of this intersection is risk-taking behavior. Behavior that can have a devastating effect on the physical and emotional wellbeing of its targets. [Poster Credit: NCADD.org]

In the U.S., the National Council on Alcoholism and Drug Dependence, Inc., founded Alcohol Awareness in 1987 to provide a “focused opportunity” to increase awareness and understanding of alcoholism, its causes, and effective treatment.

Their plan was to disseminate information that could be used to provide early education and awareness of alcohol use and abuse among all ages.

Their theme for 2016 is: Talk Early, Talk Often: Parents Can Make a Difference in Teen Alcohol Use.

“Alcohol use by young people is extremely dangerous—both to themselves and to society, and is directly associated with traffic fatalities, violence, suicide, educational failure, alcohol overdose, unsafe sex, and other problem behaviors, even for those who may never develop a dependence or addiction.”

Of special concern is binge drinking and the resultant behaviors. According to the U.S. Centers for Disease Control and Prevention, binge drinking is the most common pattern of excessive drinking, and is most common in young adults aged 18 to 34.

Scope of the Problem

The use and abuse of alcoholic drinks are not limited to young people in the U.S. The World Health Organization (WHO) has addressed the problem from a global perspective in many of its recent reports, including its 2014 Global Status Report on Alcohol and Health.

According to the WHO, drinking alcoholic beverages is a common feature of social gatherings in many parts of the world, but that the consumption of alcohol carries a risk of adverse health and social consequences related to its intoxicating, toxic, and dependence-producing properties.

In addition to the chronic diseases that may develop in those who drink large amounts of alcohol over a number of years, alcohol use is also associated with an increased risk of acute health conditions, such as injuries, including from traffic accidents. The WHO has provided a system whereby country-specific data on alcohol consumption can be gathered.

An interesting coincidence (or not) is that April is also Sexual Assault Awareness Month. The goal of SAAM is to raise public awareness about sexual violence and to educate at both the community and individual level on ways to prevent sexual violence.

Sexual assault is a term that can be used to describe stranger attacks, date attacks, and partner attacks. Intimate partner violence (often called domestic violence) describes the physical, sexual, or emotional harm caused by someone familiar—a partner or a former partner. While most victims of intimate partner violence are women, there has been an increase in the past decade of male victims as well. Education of young people should include both scenarios.

The statistics are startling. Researchers estimate that one in three young adults between the ages of 14 and 20 has experienced some form of dating violence. “Of teenagers who are in abusive relationships, 3% will tell an authority figure, 6% will tell a family member, but 75% will tell a friend; that’s why we focus on (educating) kids,” adds former Middlesex County, Massachusetts, District Attorney Gerry Leone.

Based on a 1990 federal act (named in memory of slain student Jeanne Clery), the 2013 Campus Sexual Assault Violence Elimination Act (SaVE) mandates extensive primary prevention and awareness programs regarding sexual misconduct and related offenses for any college or university that receives federal Title IV (financial aid) funding, with an additional reporting-of-compliance requirement added in 2014.

The Campus SaVE Act, signed into law by President Barack Obama as part of the Violence Against Women Act (VAWA) reauthorization, seeks to address the violence women face on campus: the highest rates of stalking, the highest risk of nonfatal intimate partner violence, with 20%-25% of female students experiencing rape or attempted rape. This legislation will update the Jeanne Clery Act to create transparency, accountability, education, and collaboration. 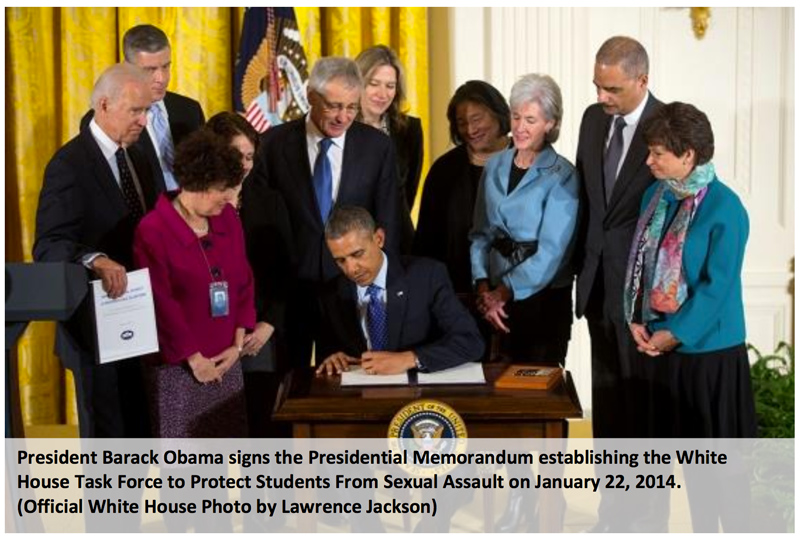 Breakup violence is a specific type of intimate partner violence (IPV), seen to be on the rise among American youth. Violent behavior often begins between the ages of 12 and 18. Breakup violence is specific to the situation where a young girl tries to escape a pattern of violence, only to be assaulted (and in some cases murdered) by a young man in an emotional surge of uncontrollable anger.

In addition to the internal emotion, social media adds enormous pressure: the digital footprint that every young person lives with makes breaking up harder, sometimes humiliating.

“… the loss, the breakup, it’s tweeted … it’s texted about. It’s Facebook-ed,” says former Middlesex County, Massachusetts, District Attorney Gerry Leone. “Everybody’s electronically communicating about it. And what it tends to do is exacerbate the entirety of the situation.”

Another aspect of the digital age and its relationship to abuse and violence is that digital tools have given bullies and abusers new ways to control and frighten their victims, no matter where each is located. There is no longer a need to be in close proximity for victimization; it can be promulgated from near or from a great distance, thanks for social media.

Check out the warning signs of dating violence and how to get help at Love is Respect.

Scope of the problem

But sexual assault is not limited to U.S. high school and college campuses, nor that committed by drunk or emotional young men. Worldwide, intimate partner violence is of major public health concern. Women are most typically the victims (as opposed to many developed countries, where men are increasingly being victimized).

And a more-recent analysis of WHO with the London School of Hygiene and Tropical Medicine and the Medical Research Council, based on existing data from over 80 countries, found that globally 35% of women have experienced either physical and/or sexual intimate partner violence or non-partner sexual violence. Most of this violence is intimate partner violence. Worldwide, almost one third (30%) of all women who have been in a relationship have experienced physical and/or sexual violence by their intimate partner, in some regions this is much higher. Further, globally as many as 38% of all murders of women are committed by intimate partners.

Intimate partner and sexual violence are mostly perpetrated by men against women. Child sexual abuse affects both boys and girls. International studies reveal that approximately 20% of women and 5%–10% of men report being victims of sexual violence as children. Violence among young people, including dating violence, is also a major problem.

According to the U.S. Centers for Disease Control and Prevention (CDC), sexually transmitted diseases (STDs) are on the rise. Recent CDC data for three nationally-reported STDs—chlamydia, gonorrhea, and syphilis—show staggering numbers, with cases of all three diseases increasing for the first time since 2006.

Young people aged 15–24 years (heterosexual, lesbian, gay, bisexual and transgender) tend to be at greatest risk for infection. Environmental, social, and cultural factors, including high numbers of STD cases in these populations and difficulty finding quality health care, contribute to the higher STD burden. These diseases are preventable. CDC’s STD Awareness Month web pages are filled with resources and guidance for both providers and individuals. If our goal is to prevent STDs, then we need to know how to talk about them, when to test for them, and how to treat them.

Note: The initialism STD is used more commonly in the U.S. whereas STI (standing for Sexually Transmitted Infections) is more commonly used internationally. They essentially mean the same thing.

Scope of the Problem

Globally, the WHO reports that more than ONE MILLION sexually transmitted infections (STIs) are acquired every day in the world (the most common are chlamydia, gonorrhoea, syphilis, and trichomoniasis). Over 500 million people are also estimated to have the genital infection caused by the herpes simplex virus (HSV), and almost 300 million women are infected with the human papillomavirus (HPV).

These are not innocuous infections: drug resistance, especially with gonorrhea, is a major public health problem in the effort to reach global eradication; several of the diseases can cause infertility or birth defects; and HPV has been related to cervical cancer.

While abuse/overuse of alcohol, intimate partner and dating violence, and STDs/STIs are each major public health problems on their own, when the three conditions collide, the results are greater than the sum of the parts. Alcohol can dull the senses and the overriding higher-level decision-making processes, and lead to irrational and of-the-moment risk-taking choices of behavior. Alcohol use/abuse is often the foundational behavior that leads to sexual assault and/or the non-assault-related sexual transmission of disease.

From my clinical experience with these problems (intimate partner violence among adults and dating violence and STDs generated by the use of alcohol and risk-taking behavior in the college-aged population), I can attest that this is a volatile mixture. The effects, both short-term and long-term of the decisions made while under the influence of alcohol can be devastating and life-changing.

“If there is good news in this confluence of risk taking as it relates to alcohol, sexual assault, and STDs, it’s that problems can be prevented — often completely — through a variety of means. Use of condoms is key. They are inexpensive, can be kept handy and in spite of folklore, rarely “break” if used properly. A frank discussion between partners about when and what type of sex to have is important. This includes sex while intoxicated with alcohol or any other substance. If a partner in a relationship is signalling anger or has inappropriate control issues, take care and consider sharing that information with your healthcare provider.”

With respect to treatment, if you think you have been exposed to an STD seek medical advice from your healthcare provider. Screening for these is relatively simple and can lead to improved health by preventing consequences that can occur over time. Finally, a key to prevention of a major STD, HPV infection, has emerged in recent years in the form of an immunization that can be given to girls and boys before they become sexually active. It’s safe, effective and can prevent not only the infection but also long-term consequences like cervical cancer.” 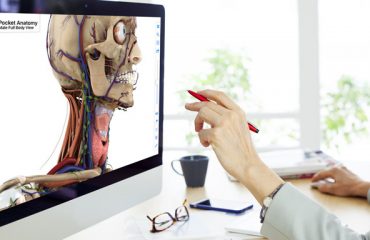 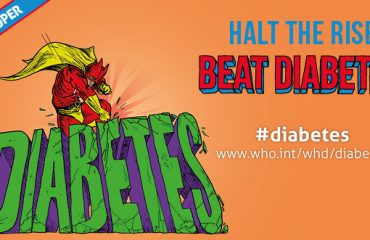 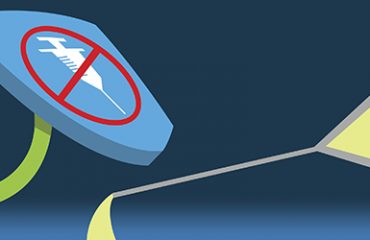