Health can be defined in several ways, from the very narrow consideration of the absence of disease: “healthy cells” that function in a body to keep that body working to its maximum capacity and capability, to the broader sense of “a state of complete physical, mental, and social well-being and not merely the absence of disease or infirmity.”

And what we perceive as healthy is that which is conducive to health, to the promotion of health, the general condition of the body and mind with reference to soundness and vigor.

The WHO uses the April anniversary of their founding day not only as an opportunity to celebrate the organization and its work but also as an opportunity to highlight a current global health priority. Each year, the WHO chooses a health condition to highlight during its World Health Day. Themes in the past have included: ageing and health, urbanization and health, food safety, and traffic safety.

For 2016, the focus is on diabetes. The main goals of the World Health Day 2016 campaign will be to:

World Health Day 2016 will focus on ways to halt the rise of diabetes worldwide. WHO designed posters on diabetes for use around the world during this year’s campaign. The poster visuals promote ways to “stay super” and “beat diabetes”. 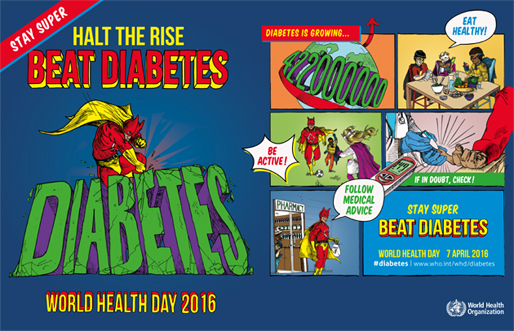 While the WHO focuses on macro health issues, behaviors that will secure or enhance the health of populations, I want to bring the lens down to the micro level: the functioning of the systems within our bodies that lead to individual health and wellness, and what we can do at that cellular-system level to improve, enhance, and maintain a healthy mind in a healthy body.

When I was in practice at the student health center of a large university, the patients we were seeing were generally young and healthy, although often prone to risk-taking behavior (the topic for other blogs in the near future). One of the lessons I tried to instill in these young people was that of personal responsibility for their future health; that their bodies were made of remarkable interactive systems that worked to maintain homeostasis; and that they were responsible to keep each system at its best functioning level.

Health messages included starting and maintaining an exercise program, maintaining a normal weight through proper nutrition, and stopping (or never starting) the use of tobacco products, among others.

Research and much personal commentary show that young people will exercise while in college, but once in the workplace, those behaviors quickly stop. In addition, many are making the transition from an active life to one spent in a chair behind a computer. The main message: Find an activity you like and maintain it throughout life; stay active and don’t let sedentary behavior become your normal. Regular activity gives you a strong and fit physical structure within which all other systems can function.

A strong and fit body requires fuel to feed its cells, whether they’re muscle, skin, bone, heart, organ, or nerve. Good nutrition is the key to optimizing the functioning of every part of the human body.

Two recent studies — one in the U.S. and one in Norway — show that those living in developed (and some would say “over” developed) countries are now eating more processed food than “whole” food on a daily basis, and that these behaviors may lead to increased levels of obesity, diabetes, and heart disease.

The main message here is: Eat a wide variety of whole (and wholesome) foods every day. I leave you with a quote from 1839: 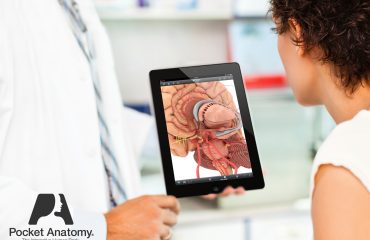 Anatomy of a Concussion 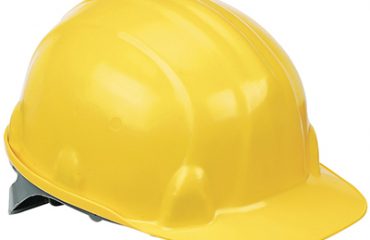